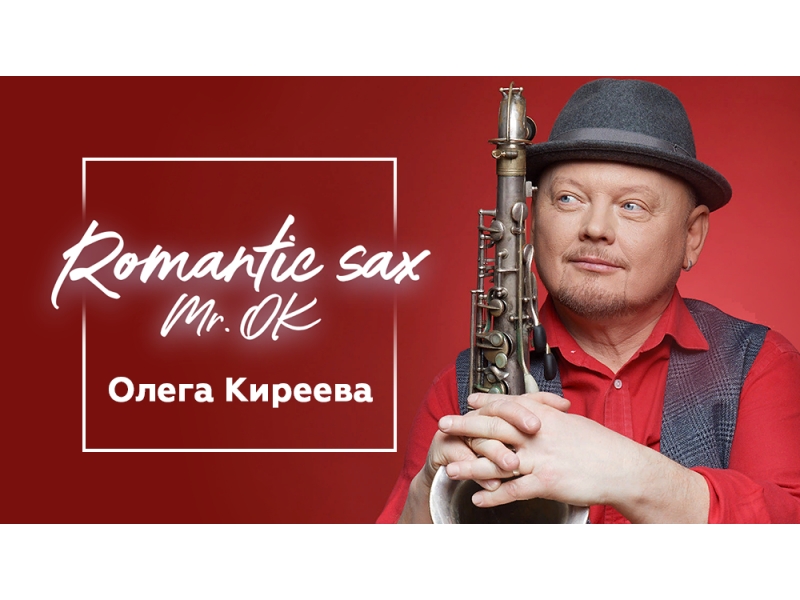 Oleg Kireev, a saxophonist, well-known to the Russian and Western public, will perform on the stage of the Moscow Cultural Folklore Center Lyudmila Ryumin on November 23. He will present his new musical program “Romantic Sax” to the public.

Oleg Kireev began to conquer the jazz scene from 1984 - the musical routes of the saxophonist and his jazz band pass without exaggeration through the whole world. Masterly possession of the instrument and a sense of style - his business card. Thanks to him, viewers learn the stories that he tells in the language of notes. And now the audience will hear the new repertoire, created under the impression of good old melodramas and beautiful music, which became the property of several generations.

On November 23, in the new program of Oleg Kireev, you will hear the favorite and close to each of us compositions:
- "Besame mucho", the most passionate work of the last century,
- the brilliant music of Michel Legrand, written for the film "Umbrellas of Cherbourg",
- melodies from the well-known and titled films “Titanic”, “Man and Woman”,
- and the brightest plays of famous romantics Joe Dassin and Stevie Vander.

Each of us remembers all these melodies, each one has imagination draws romantic memories or dreams from the first notes. Oleg will perform them in his own manner - with improvisations, easily and beautifully. The musician will delight the audience and copyrighted musical works written in romantic colors.

Wow! I said, and settled in to listen to a saxophone performer from Russia! Incredibly good and smooth, full of verve, and style, and class, and that is what Russian saxophonist Oleg Kireyev...   Lee Prosser (JazzReview.com®) more